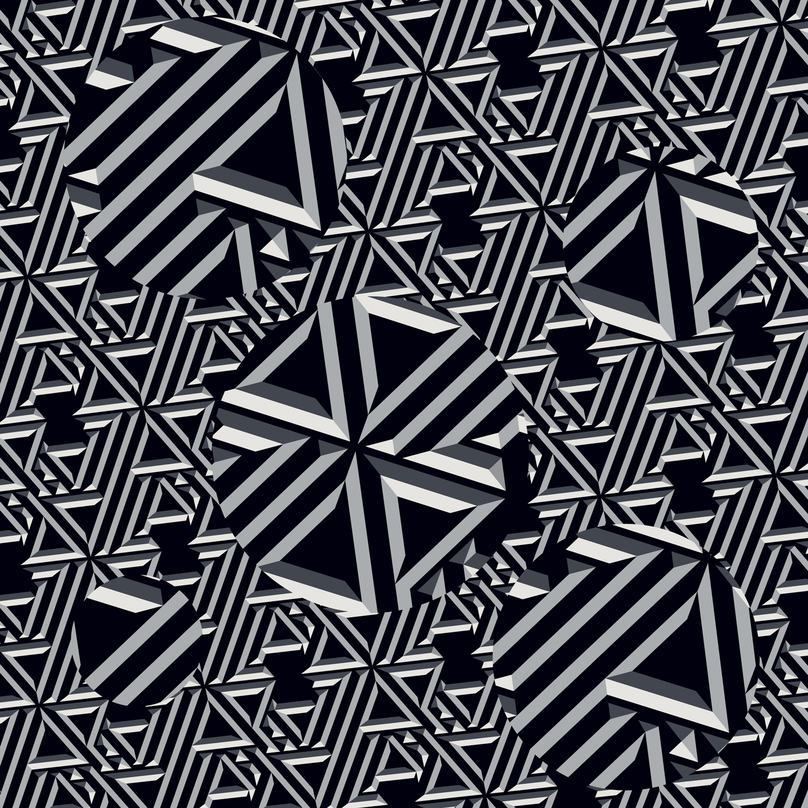 Plaid follow 2014's Reachy Prints with their twelfth (give or take a soundtrack or two) album The Digging Remedy on their home turf of Warp, a twelve track LP that stands as further proof (if any was needed) that Plaid are the top dogs when it comes to crystal clear sonic structures of captivating electronica. Across its duration, The Digging Remedy shows the duo are in no way shape or form close to slowing down, but are continuing to push the boundaries of their sound into new areas of experimentation that most others could only begin to dream of being able to produce.

From the second the first notes float out from the speakers it is clear that this is no one other than Plaid. Opener Do Matter sets the tone with a slowly rotating synth that is so well placed within the track it sort of melts into the ether, while a sharp but melancholic shutter hangs low over the top, carefully moving on the organic sound textures as they evolve into something that when it ends stands to resemble the best LP opener from the duo since Eyen.

Starting on a high, they follow sharp fix with Dilatone's smoke like glide through a stuttering dub glitch-hop track that cements the fact that this is a sure fire classic Plaid LP developing before your ears. Early single CLOCK rolls their signature glass like chords out before some pretty hefty weightless trance stabs fill the spaces in between. We are really guessing here, but listening through to these intricately woven pieces that make up The Digging Remedy we wouldn't be surprised if Ed and Andy were drawing influence from the current electronica climate, kinda like with Ae distilling their take of bass rooted club sounds on Exai, the vibe is almost one of Plaid giving nod to the current wave of producers while doing things with a grace and elegance that can only come from being at the top of the game for so long.

Tracks like Melifer blur the boundaries of post-genre weightlessness with a confidence of been here from the start, check this out tronica schooling, before Lambswood which for our money could easily slip into the sets of a well thought out global hybrid mix. The overall sound while unmistakably a Plaid record has flashes of elements that could easily fold into a deconstructed DJ set by Lorenzo Senni or even an unknown assailant producing some icy synth puzzles for PAN.

The Digging Remedy is an inspirational return to form for the duo and instantly captivate anyone looking for something along the lines of Double Figure or Booc (if that's you then this is the LP you have been waiting for!) The Digging Remedy feels like the journey has gone full circle and is now starting over, taking a classic sound that's being rebuilt before your ears and projecting it's outcome as something that while at times sounds familiar is also startlingly, brand new.